With his toe dipped well and truly into the blue and cyan waters of the Commodore 64, Andrew Braybrook followed up the conversion of Steve Turner's Lunattack by coming up with his own creation, named Gribbly's Day Out. Great. But who or what the hell is Gribbly?

Gribbly (or Gribbly Grobbly, to give him/it his/its full name) is a Blabgorian. That is, a creature from Blabgor. Glad that's clear. Gribbly is a green creature, with no arms and one giant foot. He's not a handsome chap by our standards, but I'm sure on Blabgor he's something of a stunner. 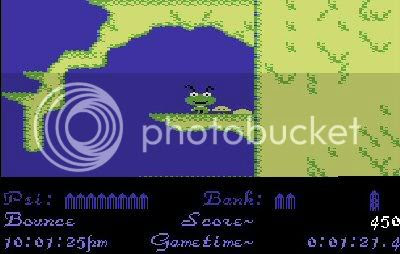 Alright, enough of the silliness. Gribbly's Day Out sees you playing the titular monopod in babysitting mode, as eight baby Gribblets find themselves strewn about the Blabgorian landscape. That wouldn't be so bad, but Blabgor is a fairly hostile place, fraught with danger for the little Gribblets, and so Gribbly must collect them all and put them in a safe zone, so they can enjoy their day out without fear of death or kidnap. 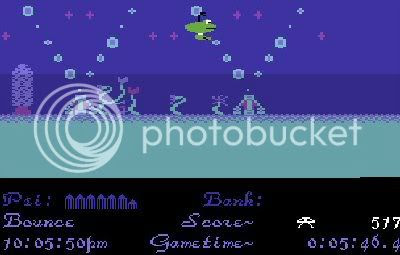 Boing, boing... the web can't hurt you when you're in Bounce mode.

Kidnap? What kind of place is this? Well, it's a place of evolution. Although the creatures that inhabit each level start out as simple beings, they evolve into more complex (and dangerous) entities the longer you hang around. And to complete their cycle, they just happen to need Gribblets... 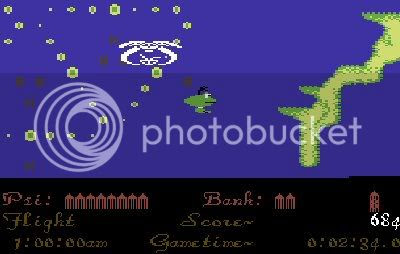 Come back with my baby!

It's very clever, the game's eco-system. If you're quick or observant enough, you can wipe out critters at certain stages of their development, which gives you more time to pick up the Gribblets and get them to safety. If you're not quick enough and a Flyer makes off with a Gribblet, you can still save it... if you're good enough.

Gribbly Grobbly fires bubbles, which (as mentioned before) can destroy certain creatures. One of those creatures is the Flyer, but if you drop it you'll have to catch the Gribblet in mid-air to save it! This will take some tricky manoeuvring on your part... the number of times I've frantically overshot a falling Gribblet, sometimes twice on the same fall, only to see it land safely on some flat ground can't be counted on the toes of one Gribbly Grobbly. Of course, if it doesn't land on flat ground, the consequences don't bear thinking about. 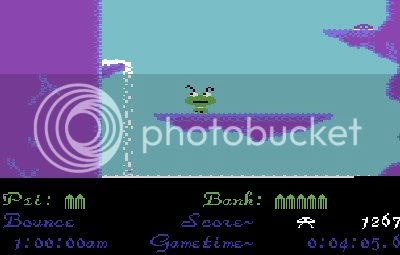 What a lovely place for Gribblets to play! As long as they don't fall in the pool...

This still sounds fairly easy, but you haven't got clear skies to idly roam around. For one, there is an electrified web on each level. This can be deactivated and reactivated easily, using the switches that are handily positioned around the area. But what the hell is an electrified web doing around a kiddies' play area? Well, it's there to contain Seon, the 6809 Beast... 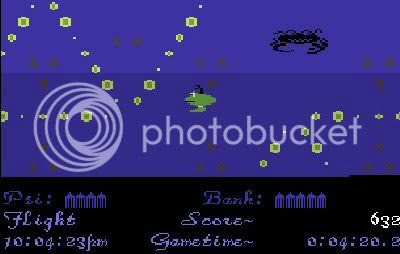 I think that Seon is one of the most frightening bosses I've ever encountered. I would go so far as to say he's the Commodore 64 equivalent of Sinistar. He sits there, trapped, as you trundle about, happily collecting Gribblets and putting them into their playpen... until there's only one left, at which point the web completely deactivates. Seon is then free to come at you at speed, and he will. And if you're off-guard, then you're going to get a shock as he ploughs into you, crackling with anger, reducing your health to nothing at a stroke. 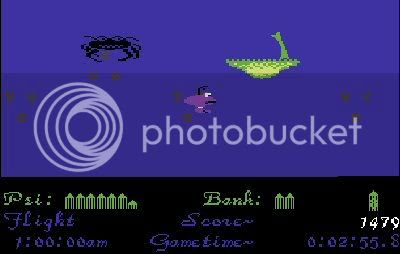 What really makes Gribbly's Day Out work, and what makes it so good, is the control method. The game is a joy to play. There's a tricky inertia at work when Gribbly is flying, and if you're not careful you can find yourself ricocheting between obstacles in an energy-depleting rebound of doom. Once you get the hang of it, though, you can make seamless transitions from flying to bouncing, whizzing about the environment as though you've lived there your whole life. It's very satisfying indeed, never more so than pulling off a spectacular mid-air Gribblet rescue in the nick of time. 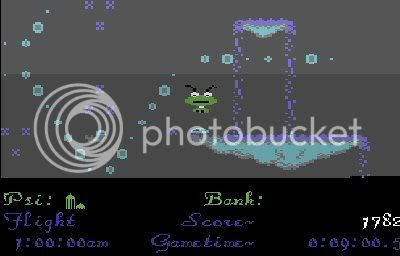 There may be grey skies, but it's still pretty.

And yet, even though you're soon patrolling the skies with the grace of a Spitfire... well, maybe a Sopwith Camel... the game never becomes easy. The clever progression system (you advance between one and three levels once you complete the level you're on, depending on how well you did) ensures that you're always on your toes. And even though you may be good at it, it's still very easy for one mistake to cause you real problems.

Gribbly's Day Out is an excellent game. It's really well balanced, enjoyable and challenging even by today's standards. It's one of those games that I'll fire up every now and then for a quick blast, and I usually end up spending an hour or more on it, trying to get further than the last time. There are sixteen levels... I've never seen them all, and I probably never will. But I can't see the time coming when I'll stop trying.
Posted by PaulEMoz at 12:57